There is a universal need to connect to other people who are in the same season of life.  The more I hear the stories of others, the more it helps me make sense of my own.

Loving You Big is now accepting nominations for the new Spotlight Series, an interview celebrating the joys and struggles of parenthood.  If you have a story to share or would like to nominate a special parent you know, please click the link below. 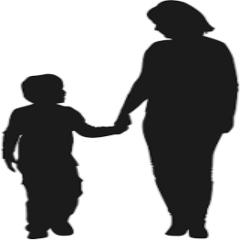 The following piece was written by a guest contributor.  This is her powerful and universal story of motherhood.

It was just a cold.  It was just pneumonia.  Kids recover from that easily.  Don’t worry.

My son was 11 when he got this “virus”; twenty-one years later he is still recovering from it.  After what turned into years of tests and visits to various specialists –pediatric cardiologists, infectious disease specialists, allergists, rheumatologists, to name a few – we learned that my son had developed Myalgic Encephalomyelitis/Chronic Fatigue Syndrome (ME/CFS) as a result of his bout with pneumonia.

ME/CFS is a neurological disease that impacts various parts of the body; in other words, the symptoms can vary widely.  It is generally characterized by post-exertional malaise, unrefreshing sleep, cognitive dysfunction, and orthostatic intolerance.  In everyday language, that translates into muscle pain, headaches, poor short term memory, poor temperature regulation, stomach issues, and flu-like symptoms.  They feel like they are always recovering from just having had the flu. As of now, there are no approved treatments for ME/CFS.

Initially, my son’s primary symptoms were flu-like: low grade fever for almost a year, swollen lymph glands, sore throat, and headaches.  He needed a cat scan; they said he was having muscle spasms causing the headaches.  Later on, he developed orthostatic intolerance; if he stood too long he would feel faint.  He learned to do certain things to increase his blood flow.  Later on, he developed muscle and joint pain; he learned to limit play that was “too physical” and to enjoy watching others play sports instead.  Eventually, as he grew older and better able to regulate his own body, he was able to manage his post-exertional malaise.  He found that going to two acupuncture appointments a week helped him manage the pain, but never get rid of it.

One of the main struggles of ME/CFS is that so often, people react only to what is visible.  We are often like children, tied to the concrete world of what can be experienced by our senses – especially sight and touch. Hidden illnesses, therefore, pose a particular set of difficulties for those who have such illnesses (such as Lupus or ME/CFS). People with such illnesses struggle not only with the disease itself, but with the fact that those they interact with often lack understanding of the illness and consequently react with little empathy or support.  Since others doubt their illnesses, they fluctuate between covering it up, wondering if others are right and they are just chronic complainers rather than chronically ill, or giving in to the illness until the flare up is over and they can go back into maintenance mode.

When he first got sick, though, the illness was far from hidden. My training as a psychologist did nothing to help me.  I was panicked.  Would he be ok? Was he going to get worse? Even now it is difficult for me to write the words I feared most:  Was he going to die?

As it became evident that he would be “okay” then, as a mom, it became my job to make sure he would have the skills he needed to manage his life going forward.  He would need to do his schoolwork, and excel to his potential.  While that indeed did happen (he is in a PhD program now), I still wonder if I pushed him too hard.  When I think how I would say, “The tutor is coming.  Do you want to see him while you are in bed or do you want to sit at the kitchen table?” I cannot help but wonder if that is what led to his determination today.

Determination is the positive side of the trait I developed; resistance to giving in to his exhaustion is the negative side of it.  Did I push too hard?  By doing so, have I made his life more difficult, his illness more severe?  I think the self-doubt is what unites parents who have had to navigate the world of childhood illness.  We need to be supportive, empathetic, persistent, pushy – “forcing” our children to do things that are so incredibly difficult for them.

The other emotion that unites us is the joy of seeing their successes, big and small: when he returned to school for a few classes in high school; when he went to college and advocated for himself, pacing his courses and graduating with honors; when he went to graduate school and earned his MA; pursuing his PhD; when he found true love.  All of it has been so joyful.

I learned a great deal throughout this journey.  In my psychology courses, I always find a way to include a dialogue about hidden diseases and their impact on the individual and their family/friends.  I link it to physiology (their autoimmune system, specifically their fight/flight response, is always on leading to exhaustion and limiting their resources for fighting other illnesses), to motivation (do not assume they do not want to socialize with you because they say no to your spontaneous offer of a fun activity; they need to plan their activities carefully).  I like to think that our discussions might help others form more understanding relationships with friends or family members who suffer from hidden illnesses.  In addition, my experience raising a son with a hidden illness has helped me as a psychologist. I apply these lessons to a myriad of issues that I confront: I have learned not to limit my observation to what can be seen, but to search beneath the surface.  Most importantly, I learned that bonding as a family in what seems like a hardship, is, in fact, a door that leads to unimaginable love, compassion, and mutual support. 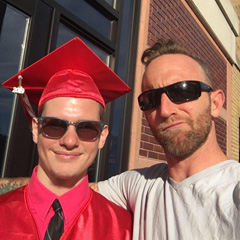 When you become a parent, you expect to set limits, manage complex emotions, and provide unconditional love. You cannot prepare for your child smuggling a live scorpion past TSA on a family trip home from Tucson, Arizona. Yet, this was the very scenario Jason Ganns found himself in with his teenage son, Harley.

Jason, and his husband, Robb, first accepted Harley into his home as an emergency foster placement.  At the time, Harley was fourteen years old.  Through many acts of faith and love, Harley became their adopted son through mutual agreement.  The family invited their loved ones to attend a “forever family” celebration, unifying the bond between Harley and his fathers.  These devoted parents have embraced a non-traditional journey of family, and continue to navigate co-parenting, even through divorce.

Harley lovingly calls Jason, “Daddy Bro,” as a result of the sixteen year age difference between them.  While both father and son learned to navigate their new family dynamics, Jason, a determined and devoted father, served as Harley’s advocate to ensure his educational needs were met. Harley proudly graduated from high school with training in auto-mechanics.

Jason has been nominated by his mother, Cathy.  Her son and grandson have taught her, “love is love is love and the bond of parent and child sometimes has nothing to do with birth.” 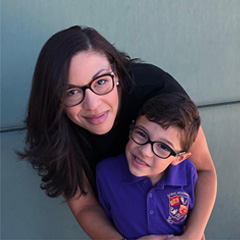 A story of love and chaos: raising three boisterous boys and a coy cat

With each addition of their beautiful family, Julianna has learned something new about parenthood.  When her oldest son Callahan was born, she assumed as a first time mother that his challenging behaviors were typical.  The sleep issues he faced, the extreme clinginess, and the avoidance of several foods, toys, and activities were just the behavior of a finicky baby. Even the pediatrician agreed, stating that every baby would develop in their own time and there was no need to worry. However, Julianna began to notice the extreme tantrums, head banging, and floor licking were not the behaviors of a boy his age.  Again, Julianna was practically laughed out of the doctor’s office when she addressed these concerns.  The baby is meeting milestones.  Stop worrying so much.

Determined to learn the best ways to support her son, Julianna was not deterred by this flippant response.  She received another opinion who encouraged her to seek an evaluation with Early Intervention.  Callahan’s sensory issues were recognized and he began weekly sessions with both occupation and physical therapists.  Now, at age six, Callahan’s behaviors have improved and he is learning to navigate his space. However, the pandemic has caused his routine to shift, exacerbating his anxiety, and causing several meltdowns or arguments daily.  Julianna has become a master of listening to his frustration and absorbing his tears.

While working to meet Callahan’s needs, Julianna is also caring for her two younger children, Braden and Conor.  She is continually working to remember she is a person despite her role as a caregiver. “Even though it is a simple concept, remembering we are people outside of being parents, it feels impossible to act on.”

Despite her experience as a mother, Julianna recognizes parenting does not in fact get easier, despite any advice she may have received.  “You will get to know your child better and be able to adapt to whatever challenges they’re going through but I wouldn’t say it gets easier.”  And to those parents navigating a home with young children, Julia wasn’t to dispel a common parenting adage. “Oh, and nap when the baby naps.  That is a terrible one.  Come on – when would I get my dishes done?”

Pre-Order Your Copy of Loving You Big Today

Enter your email to receive the latest updates from Leah Moore and “Loving You Big.”